The Family of Woman Film Festival, held in idyllic Sun Valley, Idaho, wrapped up earlier this month. Founded by Friends of UNFPA Board of Directors Member Peggy Elliot Goldwyn, the festival was both sponsored by and benefited Friends of UNFPA. Since 2008, it has helped bring attention to UNFPA’s lifesaving work in more than 155 countries around the world.

Five feature documentaries and dramas from around the world are presented each year. Films shown at this year’s festival included On Her Shoulders, a film about a woman who survived ISIS violence and sexual slavery, and I Am Not A Witch, a film about a young girl accused of being a witch that was characterized by British film critic Jason Solomons as being “A haunting, funny, strange satire on African Womanhood.” A full list of films shown this year can be found here.

Bouwe-Jan Smeding, a Senior Program Adviser in UNFPA’s Humanitarian Branch, discussed UNFPA’s work in Yemen. “At this point, we have 235 clinics in the country that we support to help women and girls get safe deliveries and protection.”

He explained the agency’s work in the country as difficult and complicated because of the divided and weakened state of the government. “We provide incentives to midwives to do their work because the salaries they are receiving from the government are so little that they can’t sustain their families.”

Taking place around the time of International Women’s Day, The Family of Woman Film Festival helped highlight the struggles faced by women but also demonstrated their strength and ingenuity. “The Family of Woman Film Festival had an amazing week because we were able to share the power, passion, and spirit of the women featured in this year’s films,” said Peggy Elliott Goldwyn.

This year’s festival raised nearly $90,000 that will help further Friends of UNFPA’s mission to build support and awareness for UNFPA. 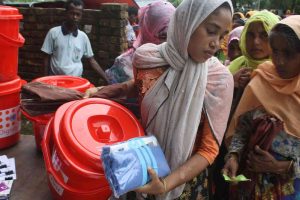 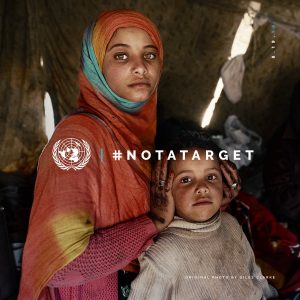 Urgent Efforts Needed to Protect Women and Girls in Crises